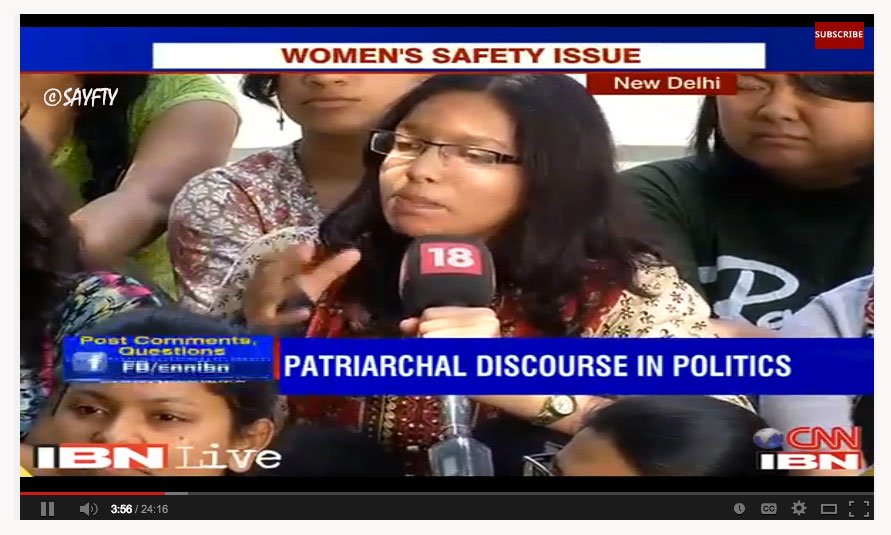 “The thing women have yet to learn is nobody gives you power. You just take it.” ~Roseanne Barr

The memories of the horrendous gang rape that took place on December 16, 2012 haven’t faded yet. More reports of rape, sexual harassment and domestic violence act as constant reminders of the socio-cultural mess India has become. The constant violation of rights of India’s women in one form or the other has become an elephant too big to accommodate in the room and needs to be shown the door as soon as possible.

The Indian general election started yesterday and there is no shortage of false promises from political parties, most of whom are keen to win power and then make money before their five-year term runs out. Women’s safety or empowerment in this scenario, struggles to be more than just a platform to make promises in hopes of getting elected on.

All the political parties unequivocally condemn sexual violence but few have come up with concrete plans to make changes and help women stand tall and firmly against the ordeals they have to go through on a daily basis. Some candidates, who are already ministers, have themselves committed crimes against women and others don’t mind passing remarks like ‘dented and painted’ when referring to a woman’s character, without thinking twice about the repercussions it will have and the message it will send.

Civil society on the other hand is doing all in its power to make sure conditions for women improve sooner rather than later. With women-focused social organizations and gender rights movements that seek to achieve equality and representation in the legislature storming the cultural landscape, the hope for a safer and equal society is not lost for now.

Gender sensitization, an integral component to women’s empowerment, is not even on the agenda. This emphasis on protection more than provision is the opposite of what the current situation demands. Can’t boys be taught to not view girls as creatures? Is it that hard to make schools more aware of gender bias, sensitize teachers towards it and nip the issue in the bud?

There are too many questions and answers are difficult, yet obvious. The process of change in the mindset of the average Indian is the only long-term solution to women’s issues, but it is hard to see it happening in the near future if people don’t demand that political parties take appropriate actions. Elections are the perfect time for the public to announce its expectations and ask for change.

Women’s empowerment shall eventually happen when we all work towards it. Until then, women need to stay safe and protect themselves.