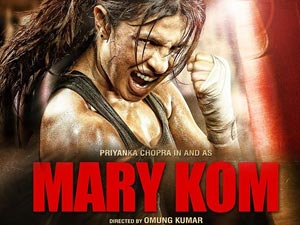 The inspirational story of Mary Kom, India’s champion boxer, is now on the silver screen with Priyanka Chopra playing the role of real-life Mary Kom. Such films can be one way of popularizing sports other than cricket in the country since audiences would always be curious to watch the life-struggles of these personalities and seek inspiration from them.

The widespread appreciation and critical acclaim that Mary Kom, the movie has garnered is much deserved. The real life story of a boxing champion from a remote village in Manipur, her hard work, struggles, and eventual success combine as the ingredients of success. Mary Kom certainly presents an exemplary effort on part of its cast and crew, to showcase a talented sportsperson who has done her country immensely proud.

However, what Mary Kom also tells us is that an Indian man can be extremely supportive of his wife’s career, rather than act as a hurdle to it. For a side to an Indian man never seen before, we must remove our unnecessarily critical feminist lenses and watch the movie from the eyes of an Indian male who continues to be at the receiving end in case he decides to support a career-oriented wife.

Three male characters contributed in making the real-life Mary Kom what she is. One, her father, who at the beginning stands vehemently opposed to her ideas and dreams of boxing. Like any conventional father, he is worried about her marriage. The other is ‘Coach Sir’, Mary Kom’s mentor and teacher who believed unwaveringly in her abilities and talent, groomed and guided her to victory. The third, the husband – Onler Kom, who as Mary Kom has herself acknowledged left his full fledged career in football to look after their kids so that she was able to continue with her boxing dreams.

All of them play a defining role in Kom’s life in one or the other way. Recall a scene where the father gets emotional at his daughter’s victory, a coach is angry because he knows that Kom is born to be a sporting legend and is at the peak of her career(initially Coach Sir disapproves of Mary’s decision to get married at the peak of her sporting career), or a husband who understands his wife’s frustrations at being left behind in her career even as he becomes a rock solid support in her comeback to boxing.

Without an iota of doubt, Mary Kom deserves full credit for her achievements. She struggled immensely, believed in herself and was determined to make it big. But the men in her life were equally supportive of her dreams. It is time that both men and women (especially men) look deeply into these questions and introspect as to how both can be supportive of each other. It is time we acknowledge that men too face pressures in society and bear the burden of being bread-winners.

In the name of feminism (and wrongly so) men have many a times been demonized. The problem lies not with men but with what patriarchy makes of them. Like Onler Kom, there are many who left their dreams to let the woman in their life be herself. There are men who have supported their partners without inhibitions, without caring for what society labels them – it could be  either a meek, submissive partner who has succumbed to the wife’s wishes, or someone who is not “man enough”. Men, too, face stereotyping in case they decide to let women take the lead while they themselves remain in the backseat.

#HeForShe , an innovative campaign for gender equality recently kicked off by the UN Women, advocates just that. Gender inequalities, discrimination, women’s sufferings cannot be addressed and eliminated in isolation. Men’s support to it is essential. Gender equality and gender based violence is everybody’s issue, not just a woman’s issue. British actress Emma Watson, speaking in support of the campaign remarked that gender equality is an issue that men ought to be concerned about.(You can watch her speech here: http://www.youtube.com/watch?v=gkjW9PZBRfk).

For that, let us first admit that men too face gender stereotyping. Right from pressures of being breadwinners to being ridiculed as meek for respecting a wife’s aspirations, to being labelled as weak upon searching for an emotional outlet, to being taught to revel in control, power, and authority, men need to be seen as equally vulnerable entities who should also take up the fight against gender injustice.

In feminism, men and women are partners. Mary Kom, the movie and the life story of the famed boxer is a celebration that acknowledges and appreciates men’s role in women’s success. For women and men to excel, both should push each other and be ready to play second fiddle at times in pursuit of the other’s success. We know women are doing it already. However, what Mary Kom acknowledges (and rightly so) is that Indian men are also capable of redefining manhood by championing the cause of feminism. 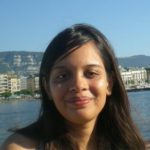