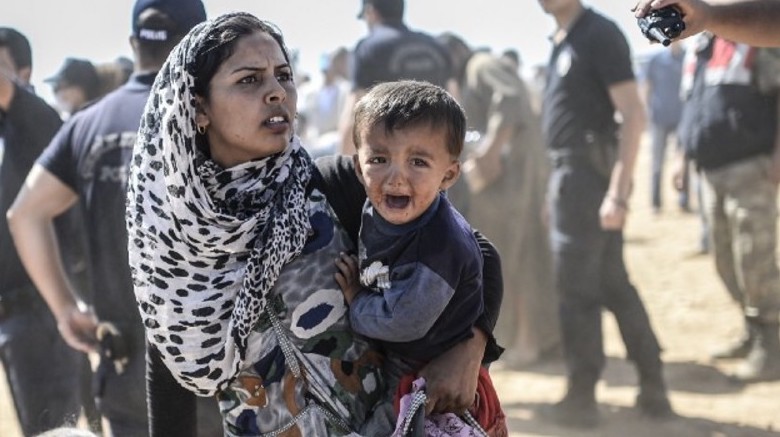 The Discipline of International Affairs has made significant attempts to acknowledge the unique ways that conflict affects women. This is most evident from the many international laws and resolutions that seek to acknowledge women’s positions in war. UN Security Council Resolutions 2122 and 1325 are further illustrations of this.

Representation of women in conflict in the media

Mainstream media, on the other hand, has failed to represent narratives of women caught in the crossfires of war. Instead, film, print, broadcast news, social media, and tv shows are inundated with narratives about men. Men at war, men returning home from war, psychological trauma on veterans, male child soldiers, tyrannical .

The reality is that women are victims of war too. In fact, women are amongst the most vulnerable group during periods of conflict. In many instances, sexual violence against women is used as a war tactic. UN Resolution 1960  (which was drafted with this reality mind) seeks to outlaw sexual assault of civilians in war.

Even so, women remain victims of this grave misconduct. According to a document produced for the International Commission of Inquiry on the Syrian Arab Republic, women aged between 18 and 45 as well as, elderly women, girls as young as 9 years old and pregnant women were raped during the Syrian crisis.

In addition to internal gender discrimination, female combatants are also at risk of sexual violence.

Roles in the household

Aside from this, it is women that step into leadership roles in the household once men are engaged in combat. In addition to taking care of the children, women in conflict are often tasked with providing for their families.  This cannot be an easy burden to bear when one factors in the emotional turmoil that women in war still have to face. Further, once men return home from war, they may usurp the role of provider and strip the woman off her new sense of autonomy (which can be disorienting). In some cases, women face domestic violence as a result of the new post-war dynamic in the household.

Lastly, in the midst of war and in the absence of various male figures in the family, women make the choice of migrating to find a safe haven for their children. Estimates reveal that 80% of migrants are women. Displaced women face an even broader set of problems upon migrating. More specifically, this group of women an increased risk of violence in refugee camps. Further, in addition to raising children, the migrant women must find a way to provide for her family and assimilate into a new environment.

All in all, it is evident that women face unique challenges in times of war. While the international system has made efforts to remedy this, one should not underestimate the power of mainstream media (particularly social media) in creating awareness, providing solidarity and advocacy for this cause. Further, we should not the healing power of giving these accounts. Plainly put, women in conflict need to tell their stories,  and we need to hear them.

You may also be interested in:
Mental Illness and Violence Against Women
Erasure Of Black Women In The Fourth Feminist Wave?