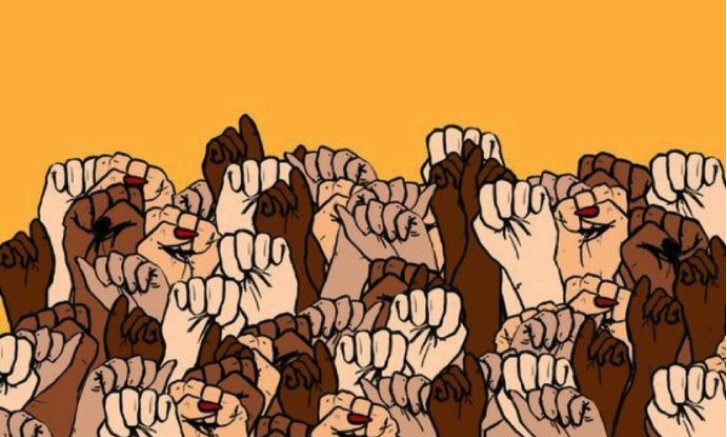 Sexual assault is a topic that is rightfully gaining momentum these days. Social media is buzzing with survivor tales. Tales which span years, with many survivors finally finding the courage to speak about their many years old experiences.  A lot of these reveal the true colours of popular, respected and revered people.

While there has been an outpouring of support for survivors, there has also been a lot of criticism.  A fair share of people argue that a lot of allegations are false. They believe that survivors have an ulterior motive. This includes, but is not limited to, character assassination of people they do not like.

Why are we so quick to question the validity of survivors’ stories? Why are we so hesitant to believe in them? Do we think sexual harassment is uncommon?

Facts say otherwise. 81% of women (in the US) have faced some form of sexual harassment in their life. I, too, can relate to this statistic, under at least one of the categories in the below graph. Out of them, 23% of women and 9% of men have faced sexual assault. As for survivors lying, research shows that false reports among rape cases were only 4.5%!

Nobody should have to face any type of sexual harassment. However, quite often than not, someone is victimized by sexual abuse. When it happens, those around the survivor, the allies, play an important role.

How do we become a good ally?

While I am no expert, let me try to explain the basics of being a good ally.

Listen: Listen to survivors’ stories. To their tales. Listening is often the easiest yet most crucial thing we as allies can do. Listen to survivors sharing their stories, whether it be physically, over the phone, or through a text message.

Believe in them. As allies, we should not question them. Questioning does not only mean

Reflect on their stories. Do not press victims for more details, no matter how curious you are. Your job as an ally is to listen, not to investigate! This is about them, not you. Some survivors find it more difficult to share details than others. They might find it traumatic to recall their experience. That is perfectly fine. They should not be made to feel any less valid for that.

Show support: Now that a victim has shared their story with you, what can you do? You can show them that you support them. Show them that you care for them. No, you do not need file a case on their behalf or fund their therapy sessions. Show them support in your own capacity.

Often, survivors are not mentally in a situation to seek out help on their own. This is where you play a role as an ally. First of all, educate yourself. Learn about the mental and physical health risks survivors are at. Research local helplines and healthcare professionals. Try to search up how survivors can pursue legal action.

Finally, connect survivors to said help. Be the pathway that connects survivors to the help they require. Be there for them.

Speak up: Allyship does not need to start only after sexual abuse has happened. Bystanders to abuse can be allies too.

A lot of us have experienced sexual abuse happening to others, in our own homes. If you have the capacity, speak up. Intervene. Stop it from happening. It does not matter if the abuser is your own father! If it is risky to directly intervene, try to speak up in other ways. You can report the abuse to authorities. You can try to speak to the survivor and ask her/him how they would like to be helped. Speak up, while keeping your safety and that of the survivor’s in mind

Spread awareness: Being an ally means being constantly engaged with the issue. Sexual abuse is always happening. It exists regardless of whether you know a survivor or not.

Spreading awareness is one way you can be an active ally. Educate yourself, and then spread awareness. You could do this through very simple actions. The next time one of your friends make a ‘rape joke’, speak against it. Educate them about why its wrong. The next time one of your friends slut shame a woman, stop it. Make them aware on how it enables rape culture. Spreading awareness does not mean you have to host workshops, or volunteer. You could spread awareness in your everyday life by saying no to casual sexism.

Donate: Some of us would like to be direct allies, but do not have the emotional capacity to do so. It is alright. You do not have to actively engage with a survivor to be an ally. There are other means to show your support.

Contribute financially to charities or groups that work with survivors. Often, such organizations have activities such as runs and fairs to raise money. Participate in such activities and contribute. Every dollar matters. Social work is heavily underfunded globally.  Most NGOs depend solely on donations to fund their work. If you are interested, you can help support us at Sayfty by donating.

Being an ally is not a girl scout badge you get by completing specific activities. Being an ally means being there for survivors, in whatever capacity you can. It means being a part of their journey to healing. Do not feel bad for doing less than others.

Are you tired of constantly hearing about sexual abuse? Are you tried of rape culture? Do you wish society would change? If yes, you have the power create an impact. Be an ally. That is how you, as an individual, can contribute to the process of reforming society.

If you are an ally, or considering to be one, thank you! Your support means a lot to the movement for change.

Layaal Ali is a Maldivian law student currently residing in Malaysia. A staunch feminist, she believes strongly in bringing down the patriarchy. She enjoys reading good books, and writing about women’s rights.